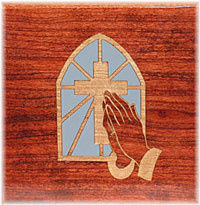 Rev. Edward McKendrie Bounds was passionately devoted to his beloved Lord and Saviour Jesus Christ. His devotion was extraordinary in that he was praying and writing about Him all the time, except during the hours of sleeping.

God gave Bounds an enlargedness of heart and an insatiable desire to do service for Him. To this end he enjoyed what I am pleased to term a transcendent inspiration, else he could never have brought out of his treasury things new and old far exceeding anything we have known or see in the last half century.

Bounds is easily the Betelguese of the devotional sky. There is no man that has lived since the days of the apostles that has surpassed him in the depths of his marvelous research into the Life of Prayer.

He was busily engaged in writing on his manuscripts when the Lord said unto him, "Well done, thou good and faithful servant, enter thou into the joys of thy Lord." His letters would often come to me in Brooklyn, N.Y., in 1911, 1912 and 1913,saying, "Pray for me that God will give me new nerves and new visions to finish the manuscripts."

Wesley was of the sweetest and most forgiving disposition, but when aroused he was a man of the "keenest penetration with a gift of speech that bit like the stroke of a whip." Bounds was meek and humble, and never did we know him to retaliate upon any of his enemies. He cried over them and wept praying for them early and late.

Wesley was easily gulled. "My brother," said Charles, on one occasion in disgusting accents, "was, I believe, born for the benefit of knaves." No man could impose on Bounds' credulity. He was a diagnostician of rare ability. Bounds shied away from all frauds in profession, and would waste no time upon them.

Wesley was preaching and riding all day. Bounds was praying and writing day and night. Wesley would not allow any misrepresentation of his doctrinal positions in his late years. Bounds in this respect was very much like him.

Wesley came to his fame while yet alive. He was always in the public eye. Bounds, while editing a Christian Advocate for twelve years, was little known out of his church.

Wesley at eighty-six could still preach on the streets for thirty minutes. Bounds was able at seventy-five in the first hour of the fourth watch to pray for three hours upon his knees.

Wesley, at the time of his death had enjoyed fifty-six years of preferment. His name was on every tongue. Christianity was born again in England under his mighty preaching and organization. Bounds was comparatively unknown for fifty years but will recover the "lost and forgotten secret of the church" in the next fifty years.

Wesley's piety and genius and popularity flowed from his early life like a majestic river. Bounds' has been dammed up, but now it is beginning to sweep with resistless force and ere long he will be the mighty Amazon of the devotional world.

Henry Crabbe Robinson said in his diary when he heard Wesley preach at Colchester, "He stood in a wide pulpit and on each side of him stood a minister, and the two held him up. His voice was feeble and he could hardly be heard, but his reverend countenance, especially his long white locks, formed a picture never to be forgotten." The writer of these lines gave up his pulpit in Brooklyn in 1912 to Rev. E. M. Bounds just ten months before his death. His voice was feeble and his periods were not rounded out. His sermon was only twenty minutes long, when he quietly came to the end and seemed exhausted.

Wesley had sufficient money and to spare during all his career. Bounds did not care for money. He did not depreciate it; he considered it the lowest order of power.

Wesley died with "an eye beaming and lips breaking into praise." "The best of all is God with us," Bounds wrote the writer of these lines. "When He is ready I am ready; I long to taste the joys of the heavenlies."

Wesley said, "The World is my parish." Bounds prayed as if the universe was his zone.

These two men held ideals high and dear beyond the reach of other men. Has this race of men entirely gone out of the world now that they are dead? Let us pray.

I. PRAYING SAINTS OF THE OLD TESTAMENTS

The Holy Spirit will give to the praying saint the brightness of an immortal hope, the music of a deathless song, in His baptism and communion with the heart, He will give sweeter and more enlarged visions of heaven until the taste for other things will pall, and other visions will grow dim and distant. He will put notes of other worlds in human hearts until all earth's music is discord and songless. - Rev. E. M. Bounds

Old Testament history is filled with accounts of praying saints. The leaders of Israel in those early days were noted for their praying habits. Prayer is the one thing which stands out prominently in their lives.

To begin with, note the incident in Joshua 10, where the very heavenly bodies were made subject to prayer. A prolonged battle was on between the Israelites and their enemies, and when night was rapidly coming on, and it was discovered that a few more hours of daylight were needful to ensure victory for the Lord's hosts, Joshua, that sturdy man of God, stepped into the breach, with prayer. The sun was too rapidly declining in the west for God's people to reap the full fruits of a noted victory, and Joshua, seeing how much depended upon the occasion, cried out in the sight and in the hearing of Israel, "Sun, stand thou still upon Gideon, and thou moon in the Valley of Ajalon." And the sun actually stood still and the moon stopped on her course at the command of this praying man of God, till the Lord's people had avenged themselves upon the Lord's enemies.

Jacob was not a strict pattern of righteousness, prior to his all-night praying. Yet he was a man of prayer and believed in the God of prayer. So we find him swift to call upon God in prayer when he was in trouble. He was fleeing from home fearing Esau, on his way to the home of Laban, a kinsman. As night came on, he lighted on a certain place to refresh himself with sleep, and as he slept he had a wonderful dream in which he saw the angels of God ascending and descending on a ladder which stretched from earth to heaven. It was no wonder when he awoke he was constrained to exclaim, "Surely the Lord is in this place and I knew it not."

Then it was he entered into a very definite covenant with Almighty God, and in prayer vowed a vow unto the Lord, saying, "If God will be with me, and will keep me in this way that I go, and will give me bread to eat and raiment to put on, so that I come again to my father's house in peace; and shall the Lord be my God, and this stone which I have set for a pillar shall be God's house; and of all that thou shalt give me, I will surely give one-tenth unto thee."

With a deep sense of his utter dependence upon God, and desiring above all the help of God, Jacob conditioned his prayer for protection, blessing and guidance by a solemn vow. Thus Jacob supported his prayer to God by a vow.