Some books are to be tasted; others to be swallowed; and some few to be chewed and digested.
Francis Bacon
Advanced search 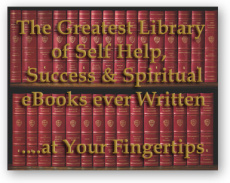 61 eBooks at your fingertips...