Knowledge is like money: the more he gets, the more he craves.
Josh Billings
Advanced search 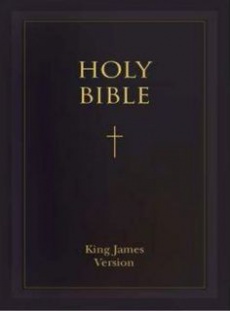 The New Testament is the second major part of the Christian biblical canon, the first part being the Old Testament, based on the Hebrew Bible. The Greek New Testament discusses the teachings and person of Jesus, as well as events in first-century Christianity. Christians regard both the Old and New Testaments together as sacred scripture. The New Testament (in whole or in part) has frequently accompanied the spread of Christianity around the world. It reflects and serves as a source for Christian theology and morality.

The New Testament is an anthology, a collection of Christian works written in the common Greek language of the first century, at different times by various writers, who were early Jewish disciples of Jesus. In almost all Christian traditions today, the New Testament consists of 27 books. The original texts were written in the first and perhaps the second centuries of the Christian Era, generally believed to be in Koine Greek, which was the common language of the Eastern Mediterranean from the Conquests of Alexander the Great (335–323 BC) until the evolution of Byzantine Greeks (c. 600).

The King James Version (KJV), also known as the Authorized Version (AV) or King James Bible (KJB), is an English translation of the Christian Bible for the Church of England that began in 1604 and was completed in 1611.


Reader Reviews for "Holy Bible, New Testament"
Reviewed by Jaya Chahal on 2018-01-28
My Rate 5
The God is above all the powers in the whole universe. Without Him, even a single breathe cannot be taken. We come to know about all this in a detail from this book.

Reviewed by Chris Efird on 2017-09-09
My Rate 4
The King James bible is a standard of the Christian faith, but this only includes the New testament. . . and the Old testament must also be present for the complete message

Reviewed by jack walker on 2017-08-28
My Rate 4
god is very good. without him, there the life is nothing this ebook is showing a lot of staff to all of us

Reviewed by Diamond Sutherland on 2017-03-19
My Rate 5
This is a great road map in a life that is not quite what it seems. And somehow, somewhere, someone really got the message to everyone.