Time and Change
Category: Self Help 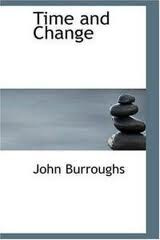 PREFACE
I suspect that in this volume my reader will feel that I have given him a stone when he asked for bread, and his feeling in this respect will need no apology. I fear there is more of the matter of hard science and of scientific speculation in this collection than of spiritual and aesthetic nutriment; but I do hope the volume is not entirely destitute of the latter. If I have not in some degree succeeded in transmuting my rocks into a kind of wholesome literary bread, or, to vary the figure, in turning them into a soil in which some green thing or flower of human interest and emotion may take root and grow, then, indeed, have I come short of the end I had in view.

I am well aware that my own interest in geology far outruns my knowledge, but if I can in some degree kindle that interest in my reader, I shall be putting him on the road to a fuller knowledge than I possess. As with other phases of nature, I have probably loved the rocks more than I have studied them. In my youth I delighted in lingering about and beneath the ledges of my native hills, partly in the spirit of adventure and a boy's love of the wild, and partly with an eye to their curious forms, and the evidences of immense time that looked out from their gray and crumbling fronts. I was in the presence of Geologic Time, and was impressed by the scarred and lichen−coated veteran without knowing who or what he was. But he put a spell upon me that has deepened as the years have passed, and now my boyhood ledges are more interesting to me than ever.

If one gains an interest in the history of the earth, he is quite sure to gain an interest in the history of the life on the earth. If the former illustrates the theory of development, so must the latter. The geologist is pretty sure to be an evolutionist. As science turns over the leaves of the great rocky volume, it sees the imprint of animals and plants upon them and it traces their changes and the appearance of new species from age to age.

The biologic tree has grown and developed as the geologic soil in which it is rooted has deepened and ripened. I am sure I was an evolutionist in the abstract, or by the quality and complexion of my mind, before I read Darwin, but to become an evolutionist in the concrete, and accept the doctrine of the animal origin of man, has not for me been an easy matter.

The essays on the subject in this volume are the outcome of the stages of brooding and thinking which I have gone through in accepting this doctrine. I am aware that there is much repetition in them, but maybe on that very account they will help my reader to go along with me over the long road we have to travel to reach this conclusion.