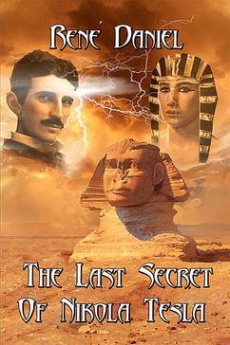 What would happen if Indiana Jones met Nikola Tesla? Surely a grand adventure would follow, but unfortunately, these two are not going to meet. Tesla is long dead, but his inventions and his mystery live on. So what would happen if two college students, who not have an adventure, stumble across an unknown page of Tesla’s life? A page that links Tesla directly to the First Time, the time before pyramids were built, the time when gods ruled ancient Egypt. Tesla’s work and inventions they uncover would change the world as we know it. This also occurs to another person who knows of the mysterious Tesla’s legacy, and unlike Tesla, wants to use it to rule the world. Thus ensues a Great Race, a race back to the origins of the Civilizations, from Florida to New York, through the White Desert of Egypt, to Alexandria, and back again. Along the way they solve the mystery of the Pyramid and find out what happened to the legendary Atlantis. Oh, and save the world of course, if they make it out alive. Perhaps there is a touch of Indiana Jones in them after all. We will see.Join them on the ride. They could always use a friend to be with them, when the going gets tough.