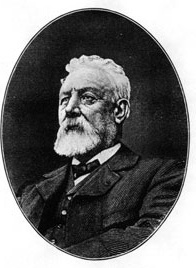 Enormously popular French author, the founding father of science fiction with H.G. Wells. Verne's stories, written for adolescents as well as adults, caught the enterprising spirit of the 19th century, its uncritical fascination about scientific progress and inventions. His works were often written in the form of a travel ebook, which took the readers on a voyage to the moon in From the Earth to the Moon (1865) or to another direction as in A Journey to the Center of the Earth (1864). Many of Verne's ideas have been hailed as prophetic. Among his best-known ebooks is the classic adventure story Around the World in Eighty Days (1873).

"Ah - what a journey - what a marvelous and extraordinary journey! Here we had entered the earth by one volcano, and we had come out by another. And this other was situated more than twelve hundred leagues from Sneffels, from that drear country of Iceland cast away on the confines of the earth... We had abandoned the region of eternal snows for that infinite verdure, and had left over our heads the gray fog of the icy regions to come back to the azure sky of Sicily!" (from A Journey to the Center of the Earth, 1864)
Jules Verne was born and raised in the port of Nantes. His father was a prosperous lawyer. To continue the practice, Verne moved to Paris, where he studied law. His uncle introduced him into literary circles and he started to published plays under the influence of such writers as Victor Hugo and Alexandre Dumas (fils), whom Verne also knew personally. Verne's one-act comedy The Broken Straws was performed in Paris when he was 22. In spite of busy writing, Verne managed to pass his law degree. During this period Verne suffered from digestive problems which then recurred at intervals through his life.


Reader Reviews for "The Jules Verne Collection"
Reviewed by Avinash Hasija on 2018-12-17
My Rate 5
I like this book as the author work was often written in the form of a travel ebook, which took the readers on a voyage to the moon in From the Earth to the Moon.