The Adventures of Fawn: Book 2 The Ona Pendulum Ebook 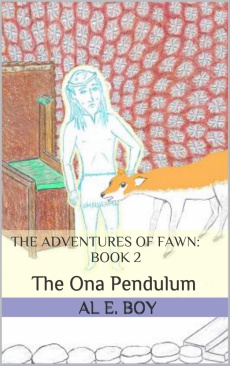 Fawn, the precocious young daughter of legendary reindeer Comet and Vixen, is off to the rescue with her gang of friends. The Ona Pendulum, a magical device which keeps Santa, the elves and reindeer alive and going strong...even though they're hundreds of years old...is in grave danger of being destroyed. Christmas 1849...and any other Christmases with Santa in them may never happen if they cannot save the day.

Time is of the essence as Fawn enlists the help of her snow rabbit friend, Bunny, and her father, Barney, Doctor Mary Weather, and an assortment of other companions.

But before they can set off on their mission, the rescue team must first learn the real story of how Kristoff Kringle became Santa Claus. Via Wajic's magical 'Wall of Ice' they'll witness how he went from being a toy maker in the Kringle family's workshop with his father, Kort, and brother, Karl, to become the icon of Christmas the world has known and loved for centuries.

And they'll have to use that information to save the Santa, the elves and reindeer...and Christmas itself!

It's a great adventure the whole family will love!