Perpetual modernness is the measure of merit in every work of art.
Ralph Waldo Emerson
Advanced search 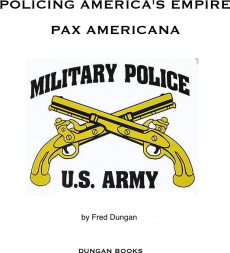 Forty-five years ago I was drafted into the U.S. Army during my sophomore year at the University of California at Irvine, despite earning good grades. The draft board ruled that my Social Science major wasn't essential to the war effort. After completing Basic Training, I attended Military Police School at Fort Gordon, Georgia, for twelve weeks. Following graduation, I was sent to the 534th Military Police Company at Fort Clayton in the Panama Canal Zone. My duties were to eliminate communist insurgents infiltrating the border, maintain discipline, and enforce the Uniform Code of Military Justice.

This is a non-fiction account of my 18 month tour of duty. At 19 years old I was given almost unlimited authority. As long as the Provost Marshal judged my actions to be in the best interests of the U.S. Army, I could get away with murder.

I have PTSD. This book was my effort to dredge up incidents that were buried dep in my subconcious and restore my sanity.