Ignorance is the night of the mind, but a night without moon or star.
Confucius
Advanced search

How to End the Fight with One Hit Ebook

How to End the Fight with One Hit
Category: Self Defense 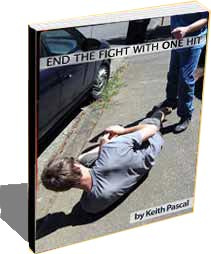 +$5
Title: How to End the Fight with One Hit
Author: Keith (Pascal)
Description:

What Does Being Able to End the Fight With One Hit Mean to You?

When most people think of self-defense, they really just want to be able to end the fight quickly … guaranteed!

A lot of newbie and frustrated martial artists:

What’s your martial-arts fear or frustration?

There is a lot of mediocre presentation of the basics. This standard, low-to-medium level martial arts instruction just isn’t enough, these days. Times have changed. Attacks are more aggressive.

And you have to step-up your response to meet the challenge.

How To End The Fight With One Hit Will Teach You:

You are about to discover:

If You Aren’t Using These Tactics, Then You Don’t Have a Chance of Ending the Fight With One Hit.

You occasionally hear about someone ending the fight with one hit or kick. Occasionally. Such accounts are examples of efficient (or very lucky) fighters.