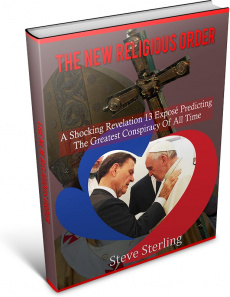 Shocking End-Of-Days Prophecy Study Reveals How Religious Leaders Are Going To Use Witchcraft To Deceive The Nations And Convert The World To A Pagan Society!!!

The End-Time Prophecy E-course, being the only one of its kind on the internet, is specifically designed to derail the enemy's plan for your eternal oblivion through deception.

You will be guided step by step in arriving at your conclusions not by speculation, nor by theological gymnastics, but by following simple Bible instructions EXACTLY AS THEY ARE GIVEN TO THE PROPHETS IN VISION.

Here's What You'll Learn From The END-TIME PROPHECY E-COURSE: