Never read a book that is not an year old.
Ralph Waldo Emerson
Advanced search 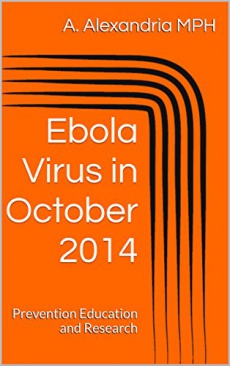 Ebola Virus in October 2014 is in response to the October scare when News stations all over the U.S. were concerned that recent cases would result in a U.S. epidemic. The News presented the "first" case of Ebola Virus leading the public to believe that there would be other cases or perhaps and epidemic.

This eBook uses the American Public Health Association (APHA) manual entitled "Control of Communicable Diseases Manual" by David L. Heymann, MD, Editor, 19th edition to describe and identify Ebola Virus for the reader. Since Public Health officials use the manual as an "official report" the manual is harder to understand for the public without a degree in Public Health. For this reason, the eBook explains for the reader each entry for Ebola -Marburg Viral Diseases in the APHA Manual so it is easier to understand for the general public.

The eBook also uses current articles obtained on the internet to update the reader on the recent drugs available for Ebola Virus.

The Capitol Hill meeting held on 10/16/2014 on Fox News Channel is described in the eBook to educate and inform the reader on the decisions that were made by the government on 10/16/2014 pertaining to the "first" case of Ebola Virus in the USA.